Below are just a few of our Keynote Speakers.  We will be adding more speakers as soon as they are confirmed. 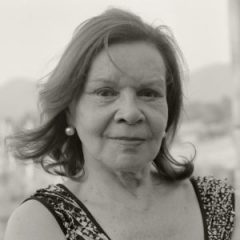 Lois’ childhood was spent on orchards in Shepparton East and Orrvale districts of the Goulburn Valley after her family moved from the Cummeragunja Aboriginal Reserve near Barmah. These experiences have shaped the lives of Lois’ family who have been very active in Aboriginal community development. Lois’ mother Mrs Geraldine Briggs AO was awarded for her work in this field. Lois’ sister the late Hyllus Maris was a visionary and writer who wrote Women of the Sun and established Worawa Aboriginal College in Healesville.

Lois has had a varied career which includes being the first Aboriginal model and the first Aboriginal person to work in television when she was engaged to work on the GTV 9 Breakfast Session in the 60’s. Lois and her sisters formed a singing group the Sapphires which toured Vietnam at the height of the Vietnam War. Lois’ nephew Aboriginal playwright Tony Briggs wrote about these experiences in the smash hit ‘The Sapphires’ which as a stage play completed sell out seasons in Melbourne, Sydney and Perth before going on to be a to take 11 of 12 awards at the Australian Academy of Cinema and Television Arts Award (AACTA).

Lois began her career in the community sector as Assistant Director of the Aborigines Advancement League leading to senior positions in the State and Federal public service (spanning 16 years in public sector Aboriginal Affairs). Lois is author of Aboriginal Oral History of the Flats and co-author of Yorta Yorta Language Heritage. She headed Aboriginal Tourism Australia for more than a decade leading Indigenous tourism development and co-authoring the ‘Respecting our Culture’ tourism accreditation program for the Australian Tourism industry.

In 2003 Lois received The Centenary Medal for her work in tourism. In 2014 she was made a Member (AM) in the General Division of the Order of Australia for her significant service to the Indigenous community as an educator, advocate and role model.

Lois is currently Chairperson of the Department of Justice and Regulation, Regional Aboriginal Justice Advisory Committee (Eastern), a member of the government Community Assembly and state wide Aboriginal Justice Forum, Chairperson of the Eastern Local Aboriginal Education Consultative Group. She was appointed to a temporary position of Acting Commissioner for Aboriginal Children and Young People. She has a leadership role in Indigenous education and is involved in the implementation of the Department of Education and Training’s Marrung Aboriginal Education Action Plan.

She was named the 2017 Senior Victorian Australian of the Year and in May, 2017 was conferred an Honorary Doctorate (Social Science) by RMIT University.

Gary is an Aboriginal man, descended from the Dagoman people, whose lands the township of Katherine in the NT is situated. Gary is a former electrical contractor, whom later worked as a teacher and executive school principal of schools across the NT, both remote and urban contexts. Gary’s more recent roles have included Director of the former Centre for School Leadership, based at Charles Darwin University (CDU) in Darwin, and currently works as the Assistant Dean Aboriginal Education in the College of Education. Several schools under Gary’s leadership have won major awards in school development, and this work was used in the development of the national Accountability and Performance Improvement Framework for Australia’s schooling sector.

This study employed a Critical Race Theorist (CRT) counter-narrative to the nature of NT remote Aboriginal education policy dysfunction. Over the past decade, national testing in english and mathematics for primary and junior secondary education achievement reveals NT remote Aboriginal children having consistently under-performed on these tests at a much lower level than all other groups across Australia. This performance is situated within a broader and stratified education system, of which ongoing education reform attempts have failed to address. This entrenched pattern has NT remote Aboriginal students located at the bottom of this layering, underpinned by an Aboriginal racial identity as a defining characteristic. For NT remote Aboriginal families this layering is bound within a deepened embeddedness of racism and economic ordering that has relegated remote families to a life of socially constructed marginalisation, on their own lands.

This study applied CRT as a primary tool of analysis, Aboriginalising its tenets to respond to the unique narrative of NT Aboriginal education. Drawing on research with remote NT Aboriginal principals, community leaders and education policy actors, CRT methodology is utilised to explore the intersecting roles of colonial history, ‘race’ and wealth inequality in the construction and deployment of education inequality. The investigation privileges the voices and stories of NT remote Aboriginal families, strengthened through the researcher’s lived experience of twenty-five years employment as a teacher and senior education administrator in remote communities and urban school settings. In this study the case is made that intersectionality is central in understanding the multi-dimensional ways that Aboriginal education inequality is constructed and utilised in both the continued oppression of Aboriginal families through institutional hegemony, and the redirection of social justice measures to poor ‘white’ inequality. The CRT tenet of interest convergence/interest divergence is utilised alongside Indigenous CRT frameworks.

This study highlighted NT remote Aboriginal families have long been removed from a national Western-designed and formatted education policy environment, leading to a collapse in the purpose of education and its relevance to the existential realities of remote families. This research found this outcome has its underlying causes within an interlocking political economy, which can be navigated through the placement of Aboriginality as the foundation for improving the systemic patterning of NT remote education services. This is reified through privileging a policy pillar framework situated upon Aboriginal cultural inclusion, strengthened accessible service provision, and pathways to employment on Country. Intersecting through this social and economic modelling, a form of remote Aboriginal social capitalism is posited, one that channels capital wealth toward a common Aboriginal benefit, as a foundation to improving the location of education. This advocacy lies in these problematised domains having remained central and unresolved in NT remote Aboriginal education policy modelling, and remain linked to the existential dimensions of NT remote Aboriginal community life. This study offers its progressive iteration through an Aboriginal political economy operating in NT remote Aboriginal communities and the inalienable free-hold title that living on Country is defined within. 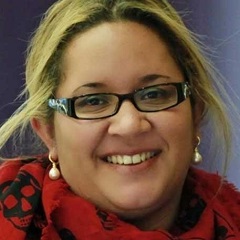 Megan Davis is an Aboriginal activist and human rights lawyer. Her traditional country is west of the Bunya Bunya Mountains in Queensland. She is a Barrungam language speaker a part of the Cobble Cobble Clan. Megan was the first indigenous Australian to sit on a United Nations body and she is now Chair of a UN permanent forum.

Megan is a Constitutional Lawyer by trade and holds the Indigenous Pro-Vice Chancellor position at the University of New South Wales in Sydney where she currently resides. 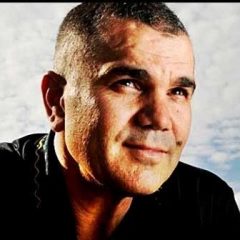 Dr Chris Sarra is an Australian educationalist of Italian and Aboriginal heritage, and the founder and Chairman of the Stronger Smarter Institute and currently the Director General of Queensland Department of Aboriginal and Torres Strait Islander Partnerships .

Growing up in Bundaberg, Queensland as the youngest of ten children, Sarra experienced first-hand many of the issues faced by Indigenous students throughout their schooling. 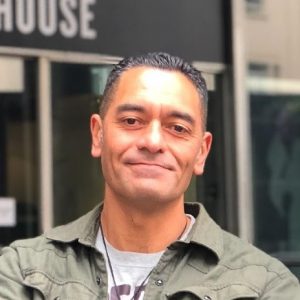 Professor Durie is Head of School, Te Pūtahi-a-Toi (School of Māori Knowledge), Massey University.   His work explores the integration and creation of Mātauranga Māori (Māori bodies of knowledge) across a broad spectrum of contemporary Māori realities and settings, including Māori Health, Education, Creative Arts and Whānau Ora.   His current research explores notion of pūmanawa,  or latent potential , or pūmanawa, residing within rangatahi, and in identifying profound catalysts that enhance rangatahi journeys to enable transcendence of  barriers, leading ultimately to the revelation of pūmanawa. 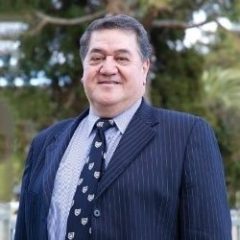 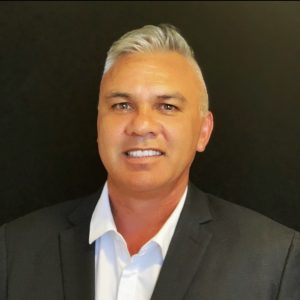 His vision is ‘To foster a deep sense of belonging & self by providing the conditions which promote identity, culture, and Te reo Māori (Māori language)’
New Zealand’s first Apple Distinguished Primary School (ADS) and one of the country’s leading mainstream schools in normalizing the delivery of te reo Māori and cultural competencies alongside positive impacts on student achievement, school, and community culture.

Thirteen years on, the school is recognized globally as one of the most innovative and digitally acclaimed primary schools in the world.

He has experience on the NZ Educational Institute Principals Council & National Resource Teachers of Learning & Behaviour Executive.
Bruce has presented extensively at international and national education / leadership conferences & summits across the globe including New Zealand, Ireland, Spain, USA, Korea, China, Australia, Uruguay, Sweden and England. He is the only foreigner to have presented in the Steve Jobs Theatre at Apple Park, the corporate headquarters of Apple Inc. in Cupertino, California