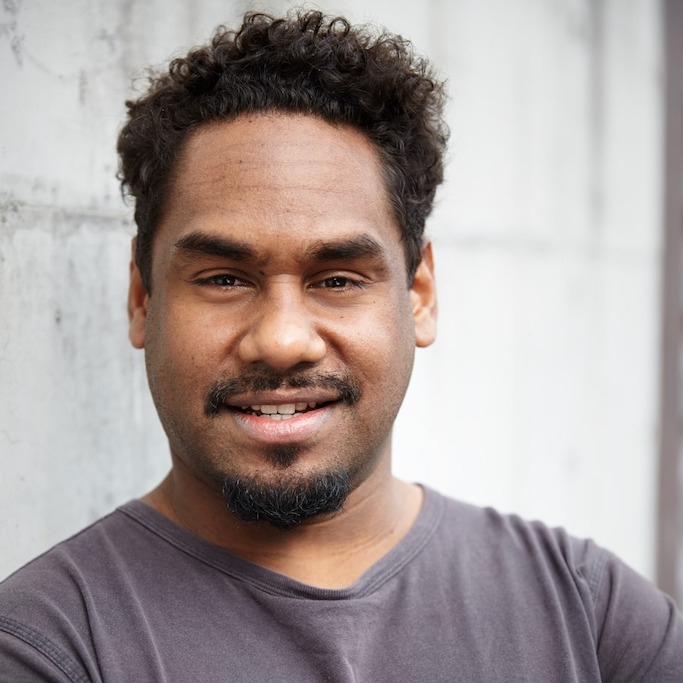 Joining us from the National Library of Australia as Program Manager for Indigenous Engagement putting together events such as the Inaugural Mabo Lecture presented by Dr Terri Janke and the Deadly Dialogues featuring guests such as Rachael Maza AM and Prof. Deborah Cheetham, Tammi Gissell and Helpmann Award winning Yolanda Lowatta.

As an Actor he been on shows such as Cleverman (ABC), Secret Daughter (Channel 7), Mabo (ABC), Doctor Doctor (Nine) and the Leftovers (HBO). On Stage his credits include City of Gold written by Meyne Wyatt (2019) and The Longest Minute (2018-19) which he was nominated Best Supporting Male Actor for the Matilda Awards.

As a dancer and founder of Excelsior contemporary Indigenous dance troupe he has performed at the Boomerang Festival as part of Bluesfest Byron Bay, Homeground Festival at the Sydney Opera House, Telstra Art Awards, Clancestry (2014), Sea of Sound Festival and more.

Completing an Advanced Diploma in Performing arts at the Aboriginal Centre for the Performing Arts (ACPA) in June 2014. As an actor he has credits for all major Australian TV networks and HBO. He has worked on stage for Queensland Theatre Company, Debase Theatre Company, and Griffin Theatre.